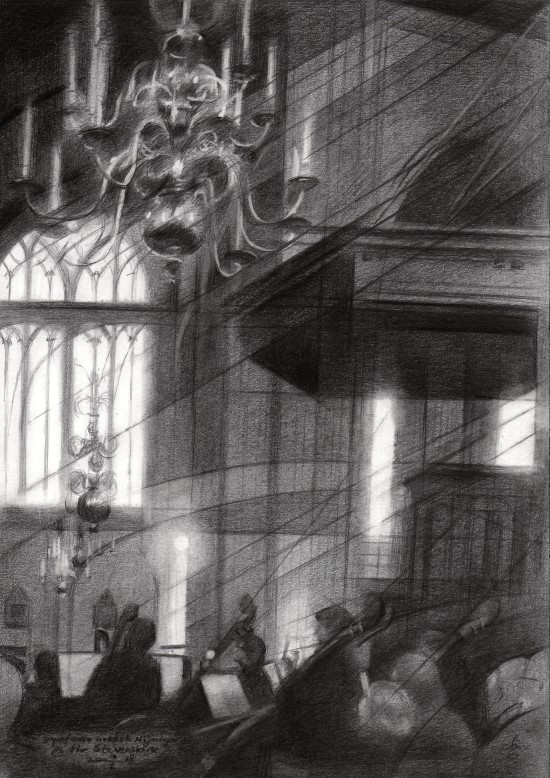 The 26th of December 2017 I was attending a concert by the Symfonie Orkest Nijmegen in the Stevenskerk at Nijmegen, Gelderland, Netherlands. It’s my hometown and they have a great orchestra playing Händel among others. During the concert I was struck by the light coming through the windows creating a rhythym and echoing through in the rhythym of the paper white of the music sheets. I decided to counterbalance the verticals of the high aisles with curves caused by the stained glass windows and use the diagonals of the pulpit to cause an echo made by the bass players. Actually they were they only members of the orchestra I could see from that point of view but the music sounded swell.

Click here to read about the sale of this art work to a dutch collector.