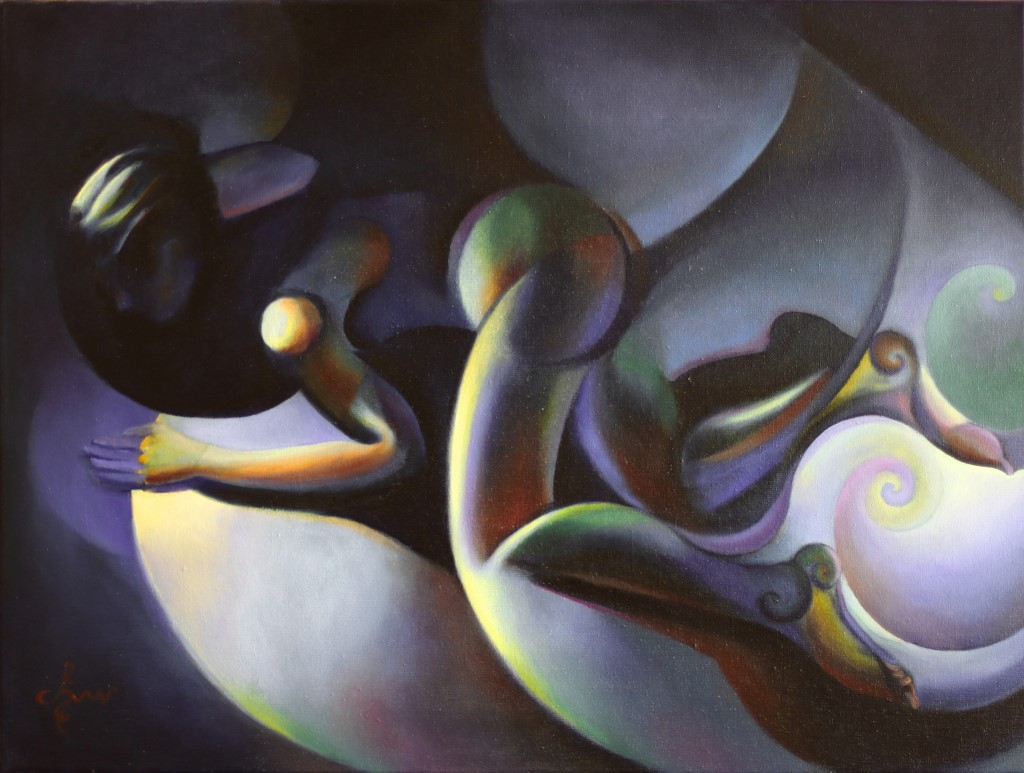 Buy a print of this artwork through ArtPal

A continuation of the previous painting called ‘The Implicite Order – 05-02-20’, commissioned by an American collector. This time I shifted toward yellow and purple complementary relations, counterbalancing the heavy tonal clairobscur differences. In contrast to the first painting I experimented with some more abrupt tonal contour delineations. However, I placed them within a rhythmic scheme, placed throughout the linen in circular patterns.

There is also more balance in the saturational mix because I made some areas unsaturated and some more brilliant. The reason is that I think the yellows are the hardest ones to keep attractive in a painting because they appear screaming when overexposured. In this painting they are encapsulated by the purples quite nicely so they play a modest part from a quantitative point of view. This very principle I derived from something I read on the quantity of yellow, orange and reds in relation to the golden ratio.

Of course the golden ratio curve plays a key role in this painting and through the use of purple and yellows, contrasts are entwined, swirling into eachother like an eternal dervish of life. How explicite can I be, portraying the implicite order like this.