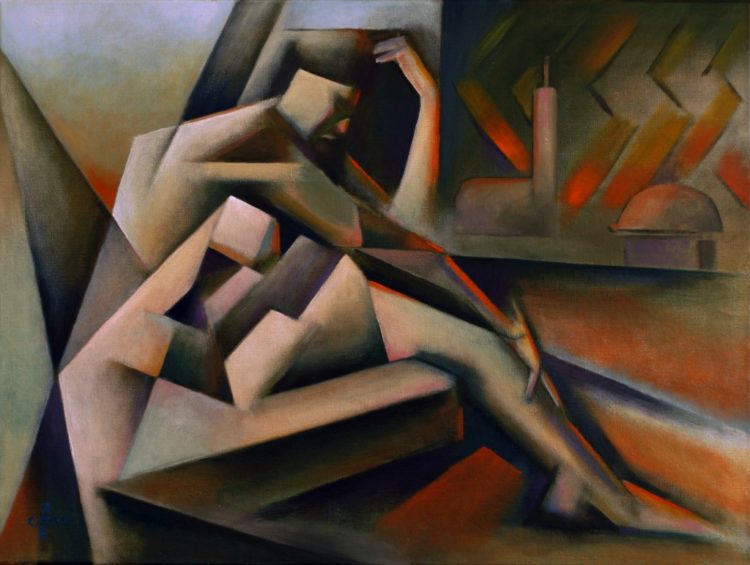 Drawng often is called the primary process and I like it so much, brimming over with an ocean of ideas, that I forget about transfering those ideas to the secondary stage: the canvas. There always is something to dust off and in 2017 I used ‘Nude – 03-09-15’ to work out a bigger theme, called ‘The Widow of Aleppo – 18-05-17’, after Rembrandt’s painting Jeremiah lamenting Jerusalem’s destruction. Since the war in Syria sort of came to an end but the people still suffer, I found it appropiate to do this anew but then in oil. 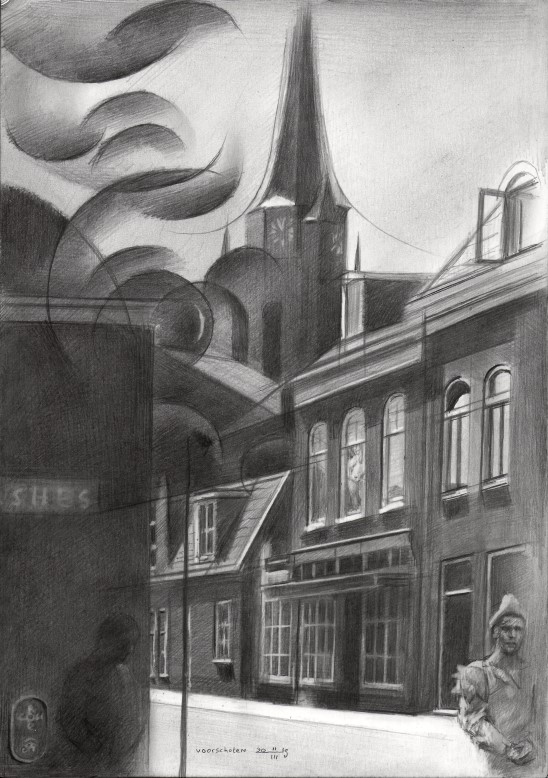 Last year I was walking through sunny Voorschoten, a town in the north to where I live. I saw an attractive cityscape appearing in one of the streets, took a picture and decided to do this one some days ago, not knowing yet how to execute it in graphite pencil. The trees and the top part of the drawing directed me towards my personal style roundism but the low part of the drawing became another story.

Roundism – 12-05-18  I tell my students often about tonal values and that colors lack them. Colors have no values, they show relations. Painting this black woman I want to […] 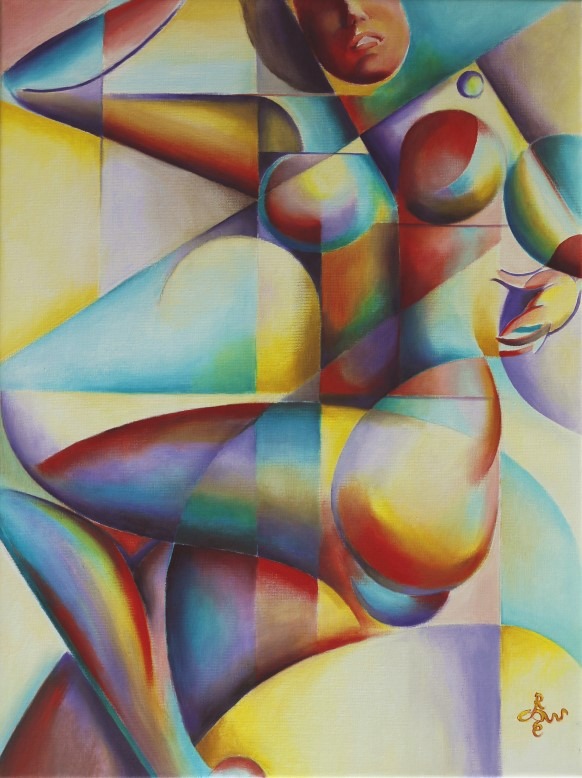 Some years back I saw an incredible oil painting by Herman Gouwe of a sunset in cyan, yellow, purple and red and I it baffled me. How could bright shining light ever be portrayed better than this.

This oil painting is the final piece on the series of the pastel and graphite pencil drawing on the same theme. I decided to abstract the female figure even more, reducing the oily reflections on her body to cubist planes, creating rhythym and diction of light and dark tones. 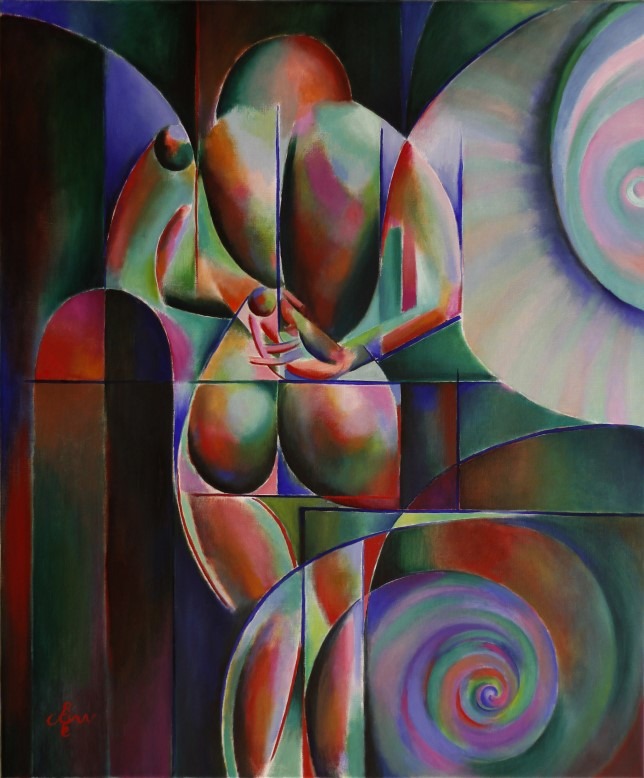 Based on two previous artworks: a pastel called ‘Into the light – 15-06-17’ (impressionistic, surrealsitic) and a graphite pencil drawing ‘Roundism – 04-07-17’. I liked both works and took the colour scheme of the pastel drawing in reds and greens but also used the roundism style of the pencil drawing and combine them. 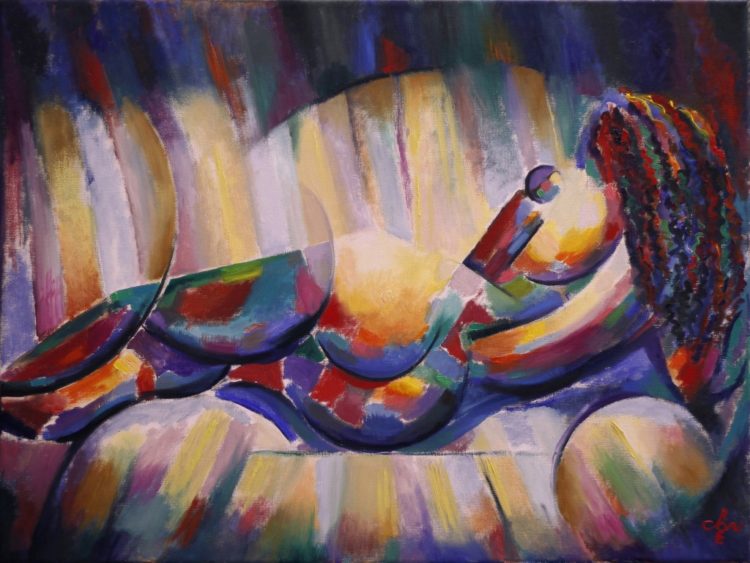 Based on a prestudy in pastel (Model – 01-12-18) I made this painting in oil. My objective was to stay in line with the fauvist colour kind of strokes (in case of the pastel they were pretty much ‘broken’ and ‘open’ strokes / patches) but also to get to a more abstract feel by means of rendering the model slighty cubistic. 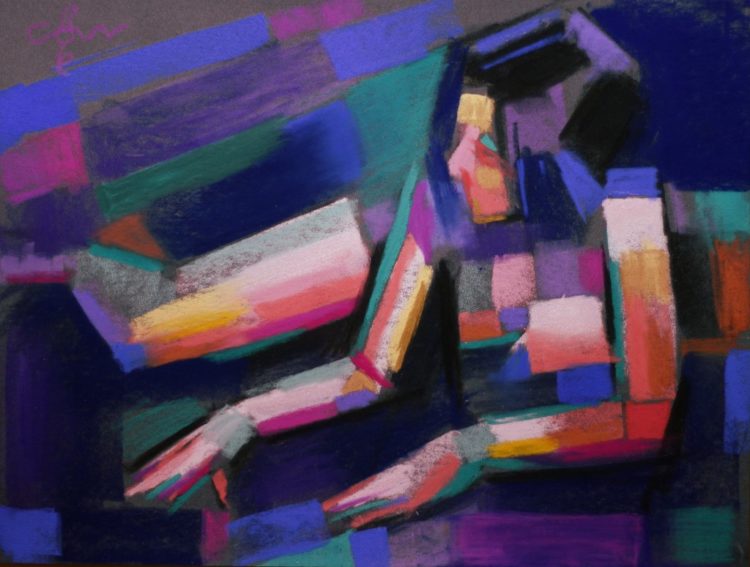 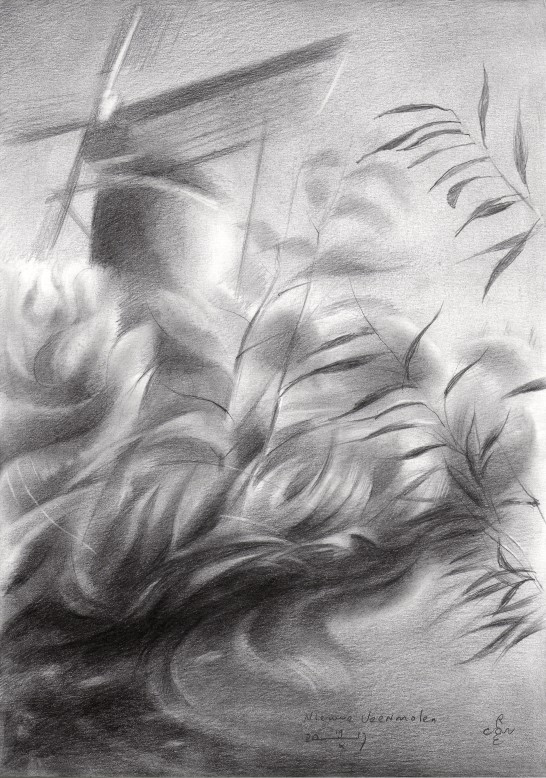 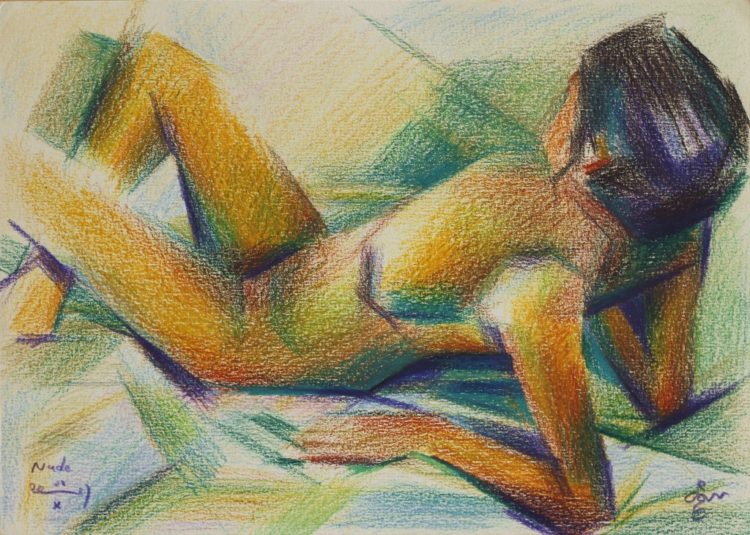